After Delta Air Lines and Qantas, several airlines are coming under pressure by Beijing to remove references to Taiwan as a sovereign entity from their web sites as ultra-nationalism enters a new phase in China.

Several airlines may be be coming under pressure from Chinese authorities to “correct” their web sites and APPs by removing references to Taiwan as a country after U.S. carrier Delta Air Lines was ordered to do so last week and Australian carrier Qantas yielded to the pressure earlier this week.

The Civil Aviation Administration of China (CAAC) last week ordered all foreign airlines operating flights to China to conduct a full review of their client information content such as their official websites or APPs to ensure they do not breach Chinese laws. The CAAC has reportedly summoned the representatives of 25 foreign airlines operating in China and demanded their companies remove all references to Taiwan as a country, as well as its national flag, from their web sites immediately.

Other sectors have also been targeted. Hotel operator Marriott International Inc came under fire last week for listing Taiwan, Tibet, Hong Kong and Macau as separate nations on a customer questionnaire, and was threatened with investigation for possible violations of China’s Cyber Security Law and advertising regulations, as well as calls for a boycott by angry netizens on Weibo. Shanghai authorities shut down the Marriott web site for a week, and the hotel chain issued an apology, which read as if it had been scripted by the Chinese Communist Party itself.

“We absolutely will not support any separatist organization that will undermine China’s sovereignty and territorial integrity. We apologize for any act that may give rise to misunderstandings,” it said on its official Weibo account.

(Delta’s own apology, which appeared on its web site, read: “We apologize for hurting the feelings of the Chinese people!”)

The CAAC has reportedly summoned the representatives of 25 foreign airlines operating in China and demanded their companies remove all references to Taiwan as a country, as well as its national flag, from their web sites immediately.

China’s highly intrusive Cyber Security Law came into effect on June 1, 2017, causing apprehensions among many multinationals based in China. The prohibitions in the law include using the Internet to “endanger national security, advocate terrorism or extremism, [or] propagate ethnic hatred and discrimination,” to “overthrow the socialist system,” to “fabricat[e] or spread false information to disturb [the] economic order” and “to incite separatism or damage national unity.”

Whereas in the past Beijing relied on intimidation and netizen-anger to compel foreign actors on matters of sovereignty, new regulations such as the Cyber Security Law and the National Security Law now provide the additional tools  — and threats — of legal action, to exacerbate pressure and secure compliance from actors, both foreign and domestic.

The moves occur amid a worrying upsurge in nationalist sentiment in China, much of it fuelled by indoctrination in schools and encouraged by the CCP under President Xi Jinping, whose regional and global ambitions for China are becoming increasingly apparent. Beijing’s pressure on Taiwan has also markedly increased since the election of Tsai Ing-wen of the Taiwan-centric Democratic Progressive Party (DPP) two years ago today. The CCP has retaliated against President Tsai’s refusal to toe Beijing’s line on “one China” by ramping up its efforts to isolate the island-nation internationally, of which the pressure on foreign companies is but the latest iteration.

► Related “Analysis: China’s New Air Routes Near Taiwan: Why Now? To What End?”

On Monday (Jan. 15), Australian carrier Qantas publicly stated it would “correct” a drop-down menu on its web site that identifies Taiwan as a country. “Due to an oversight, some Chinese territories were incorrectly listed as countries on parts of our website. We are correcting this error,” it said in an e-mail statement.

1.0K
Featured Taiwan Politics
Above All, The Legitimacy of Taiwan’s Democracy

The zero-sum game in the Taiwan Strait has outlived its usefulness and no longer reflects reality. Taipei should make it …

Liberal democratic societies are simply incompatible with the increasingly authoritarian mindset that animates the CCP. The notion that their inhabitants … 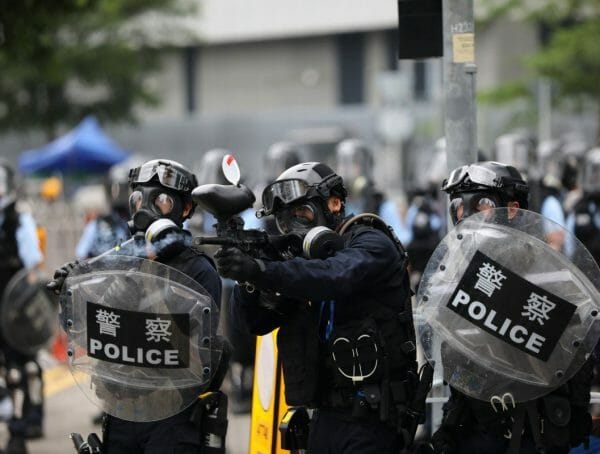 No. A police state would serve Beijing better. With the Hong Kong protests intensifying in the past month, there has been …