Ultra-nationalistic Chinese citizens and organizations are out of control on the Internet and harassing Beijing’s opponents in ways that often undermine the state’s interests.

As China’s comprehensive national power continues to grow, so has the nationalist sentiment among Chinese citizens, which in recent years has become an extremely vocal component of China’s external policy. But in the areas where state power has failed to translate into policy successes, such as in Hong Kong, Taiwan and the South China Sea, those expressions of nationalistic fervor have often turned to frustrated rage rather than a tool of persuasion or “soft power.”

When it comes to Taiwan, the Chinese consternation has been most apparent online, largely due to the election of Tsai Ing-wen of the Taiwan-centric Democratic Progressive Party (DPP) in January 2016 and the abject failure of eight years of rapprochement under M. Tsai’s predecessor, Ma Ying-jeou, during which Beijing hoped to win the hearts and minds of the Taiwanese and thereby facilitate unification.

Chinese Netizens, propaganda groups and organizations like the Communist Youth League have repeatedly threatened “enemies of the state” in social media, singling out Taiwanese entertainers for supporting Taiwanese independence or the Sunflower Movement, and pressuring companies to cancel their contracts with those individuals. As a result, several Taiwanese actors, singers and dramatists have lost their ability to perform in China; as many as 55 are reported to have been blacklisted.

Besides this exclusivist online pressure (keeping “undesirables” out), wumao (“fifty centers”) have also trolled various Western news web sites and jumped over the Great Firewall to flood President Tsai’s Facebook page and the pages of Taiwanese media outlets, such as Sanlih (SET-TV), regarded as supportive of the green (independence) camp. Tsai’s Facebook page was twice the object of ostensibly concerted waves of attacks by Chinese trolls, in January 2016 and earlier this month. In both cases, members of Di Ba, one of the largest online message boards in China, were reportedly behind the activities. Chinese users posted thousands of comments and cartoons on Tsai’s page, many of them insulting or belittling Taiwan. The Taiwanese military’s Facebook page also came under attack earlier this month, with more than 1,600 posts by Chinese users needing to be deleted. The Chinese Communist Party (CCP) mouthpiece Global Times quoted an Internet user surnamed Lang saying the participants in the latest campaign had agreed “to take a high road” and express their patriotism and “disapproval of ‘Taiwan independence’” in a “rational and humorous” way.

Meanwhile in Taiwan, pro-unification groups have gathered outside Taipei 101 (after police finally forced them out they relocated to the Ximending shopping district) to fly the People’s Republic of China flag and sing slogans. Comprising mostly elderly, socially out-of-step and politically marginalized and sometimes violent “activists,” those groups have also resorted to physical assault against passers-by as well as Falun Gong practitioners. A number of them are in contact with triad organizations with suspected ties to the CCP, such as Chang An-le’s China Unification Promotion Party, which in recent years organized protests in which participants dressed up as Japanese Imperial Army soldiers, attracting much ridicule. For all the noise (and occasional bruises) they have caused, those groups are regarded by Taiwanese society with a mixture of derision and tolerance, part of the scenery in a very vibrant democracy. 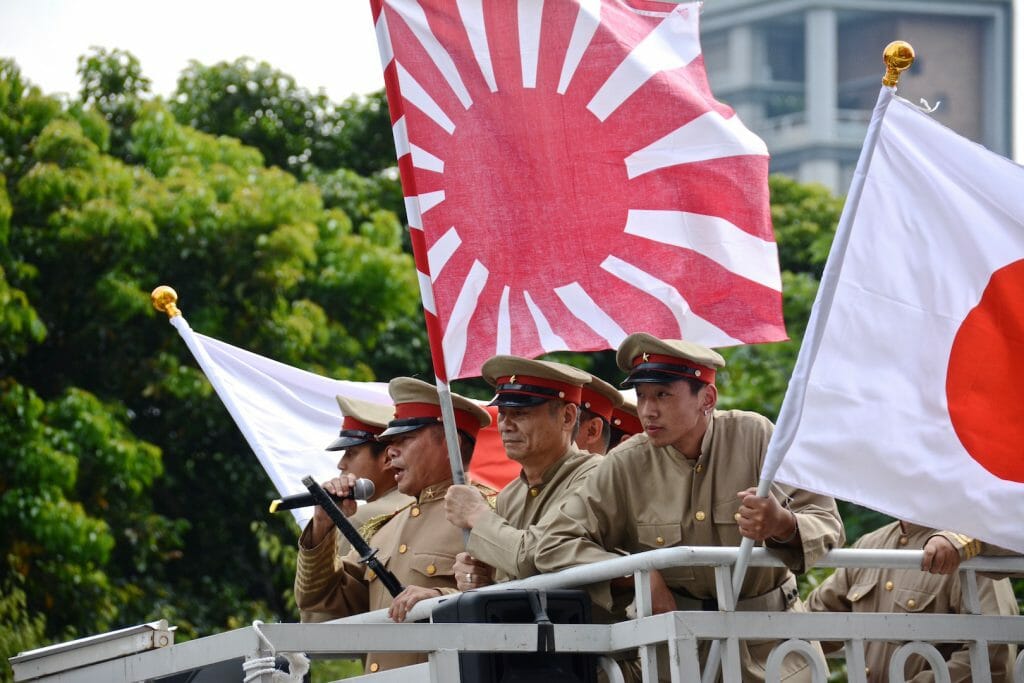 In all, these three types of activism — pressure groups in China, Internet trolls and Taiwan-based activists — have succeeded in bullying people, and in some cases may have compelled firms and state authorities to block targeted Taiwanese from entering China (or Hong Kong). Overall, however, and from the perspective of promoting “peaceful unification” and the idea of a shared future with China, their activities have played a counterproductive role in that they may very well have undermined the hard power elements of China’s strategy that could have had a greater impact on Taiwanese perceptions.

Rather than force Taiwanese into submission, the threats and trolling have contributed to a reaffirmation of Taiwanese identity and turned the Taiwanese public against China, whose antics are treated as juvenile annoyance or, in some instances, an insult. Worse, the nastiness has not turned the Taiwanese population against the person who is conceivably the principal target of this type of behavior, President Tsai herself, whose cross-strait policy has so far weathered Beijing’s assault over her refusal to acknowledge the “1992 consensus” and abide by the “one China” framework. Whatever has caused her drop in the polls, Tsai isn’t being punished for her handling of the China portfolio.

It is very difficult to imagine how the increasingly belligerent online assaults could possibly be reconciled with the CCP’s message of unity and brotherliness; in reality it only underscores the opposite. Ironically, despite its presumably more strategic and calculated approach to Taiwan, the CCP has only itself to blame for this out-of-control “soft power,” as the bitterness that fuels such activities is itself the result of a conscious decision by party leaders to cultivate and reinforce nationalism in schools, the media, and the workplace, in the past two decades.

Although nationalistic fervor serves both to buttress the CCP and to redirect discontent whenever it occurs, it has reached such a pitch as to be difficult to control, as we saw in 2012 when ordinary Chinese went on a rampage against Japanese firms and nationals across China. Notwithstanding China’s position on the Senkaku/Diaoyu islets in the East China Sea at the heart of the conflict, it is hard to imagine that Beijing saw any interest in Japanese coming under attack in China, let alone in those companies subsequently deciding to pull out of China due to safety concerns.

At some point Beijing authorities will have to realize that the behavior of Chinese citizens online — and that of its citizens abroad, who often have no compunction in bullying Taiwanese and other minorities on university campuses — goes against its interests and severely undermines both its “soft” and state power. By fostering sentiments of nationalism and Han exceptionalism, the CCP has created a Frankenstein monster that now threatens to tear apart the entire laboratory.

299
Cross-Strait Featured Taiwan Politics
President Tsai’s Second Term and Cross-Strait Relations: What to Watch Out For

The zero-sum game in the Taiwan Strait has outlived its usefulness and no longer reflects reality. Taipei should make it …

Liberal democratic societies are simply incompatible with the increasingly authoritarian mindset that animates the CCP. The notion that their inhabitants …