Despite clear improvements over the years, the overall rail network continues to suffer from underinvestment and poor planning.

Along with political and social reforms, one of the most controversial projects promoted by the current Democratic Progressive Party (DPP) government has been its Forward Looking Infrastructure Development Program. The most eye-catching element of these proposals was the emphasis on railway and light rail projects.

In the initial two decades after the arrival of the Kuomintang (KMT) regime in Taiwan, railways played a key transport and developmental role. If you look at a map of Taiwan from the 1950s, it will be clear just how dense the network of railways was in central and southern parts of the country. Despite Taiwan’s economic miracle, its government did not prioritize its railway infrastructure. While there was some modernization of the main Taiwan railway system (electrification of the west trunk and completion of the southern link), overall these were just limited improvements to what essentially was a system left behind by the Japanese colonial regime.

The priority of transport planners has long been road transport and thus we saw the complete closure of narrow gauge networks, closure of numerous Taiwan railway branch lines and also a rundown of public bus services outside the main cities. Consequences of this kind of transport policies have been high levels of air and noise pollution, high rates of traffic injuries and a poor tourist transport infrastructure.

Readers will surely challenge me on the fact that Taiwan has since built its high speed railway and has highly efficient metro systems in both Taipei and Kaohsiung. It is undeniable that these have had a major positive effect on Taiwan’s public transport infrastructure. Prior to the opening of Taiwan High Speed Railway (THSR), the fastest trains between Taipei and Kaohsiung took four and a half hours to reach their destination; now it’s down to an hour and a half.

The quality of these systems has become a mark of pride for Taiwanese in a similar way to its successful Universal National Health Insurance and vibrant democracy. Even in Kaohsiung, where the metro system is relatively new and less extensive than Taipei, it is clear that it has had a transformative effect. The proportion of public transport users has significantly expanded and it has allowed the city to become a tourist-friendly destination. Overseas experience also shows that metro and light rail are much more effective in persuading car owners to switch to public transport. 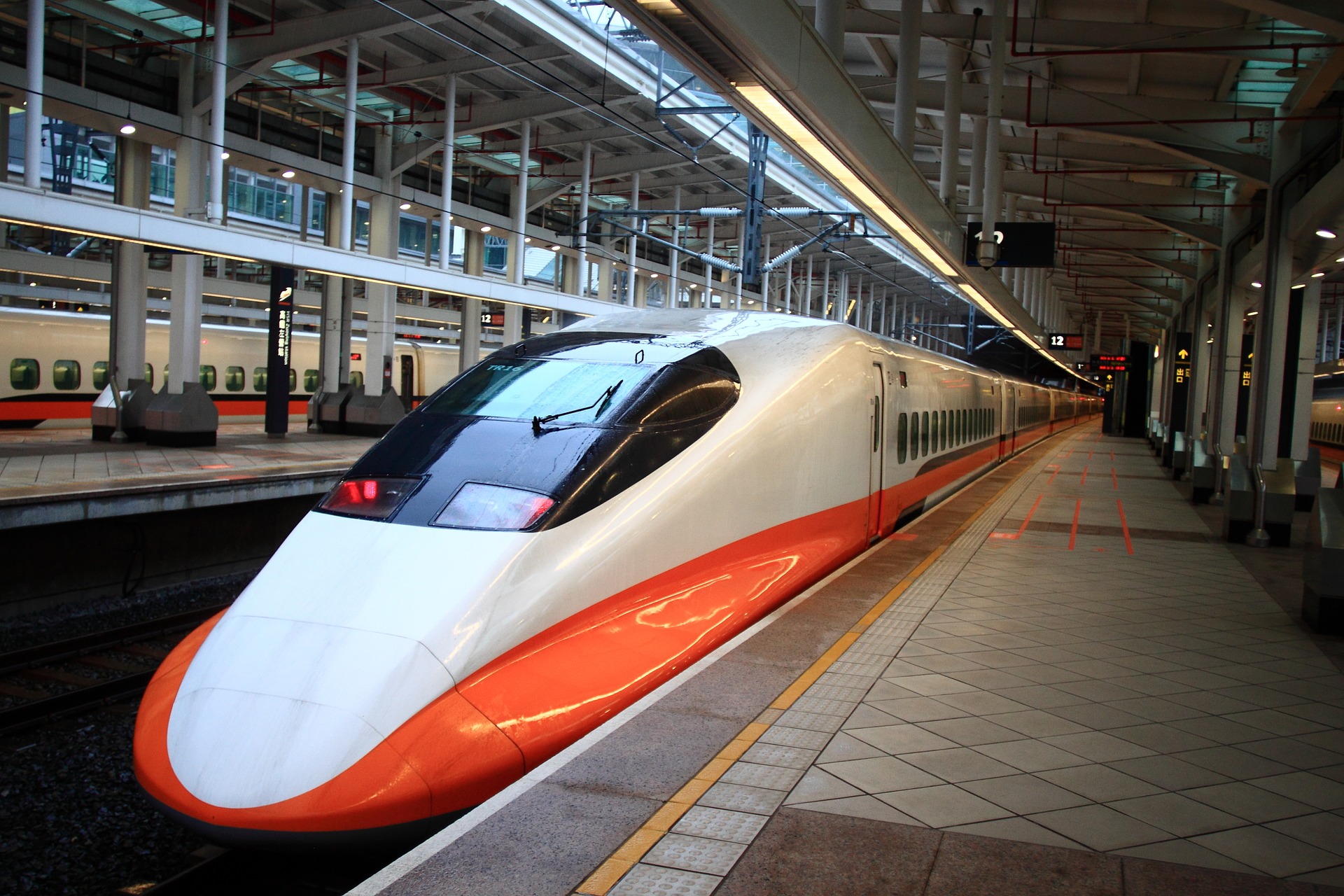 Prior to the opening of Taiwan High Speed Railway, the fastest trains between Taipei and Kaohsiung took four and a half hours to reach their destination; now it’s down to an hour and a half (Photo: Creative Commons).

Despite these clear improvements, the overall rail network continues to suffer from underinvestment and poor planning. There has been a clear pattern of favoring Taipei City over other urban locations. Recently we have heard in the news how Taichung will overtake Kaohsiung as the second city of Taiwan; however, both have been slow to develop their metro systems. The opening of high-speed-rail stations such as Chiayi and Changhua, without adequate transport links, is another such example of poor planning. The Taiwan main railway network is strictly speaking a narrow gauge network, and even in the west coast of Taiwan large numbers of sizeable cities do not have rail connections. There has been no attempt to halt the progressive decline in the amount of freight carried by rail, something any user of Taiwan’s motorways will fail to notice. Taiwan’s vast network of sugar railways has almost completely been wiped out, despite its rich potential for tourism and light rail conversion.

The Taiwan main railway network is strictly speaking a narrow gauge network, and even in the west coast of Taiwan large numbers of sizeable cities do not have rail connections.

Often what would seem to be very simple schemes have been eschewed in favor of very expensive schemes with limited payoffs. One such example has been the popularity of moving railways underground or onto high level platforms, rather than developing brand new routes to areas currently excluded from the networks. One of the most controversial cases has been the Taoyuan airport line, which had numerous cost overruns and missed multiple opening target dates. Relatively simple schemes could have allowed rail access to Taiwan Taoyuan International Airport with limited costs involved. For instance, the Linkou line passes close to the airport and with limited upgrading could have allowed a rail line to open decades ago. Similarly, most major European international airports are linked to the high speed rail networks. A short spur from Taoyuan HSR station to the airport could have allowed a genuine high speed rail link from Taipei but also proved extremely valuable for central and southern Taiwan, because Taoyuan remains the main airport for medium- and long-distance international flights.

Although I can see many problems in the actual content of the rail proposals in the new Forward Looking Infrastructure proposal, it is positive to see that the long-term neglect of railways in Taiwan’s transport planning is being addressed seriously and put on the political agenda.

1.1K
Featured Taiwan Politics
Above All, The Legitimacy of Taiwan’s Democracy