The conservative Happiness of the Next Generation Alliance has called on Taiwanese to resist machinations by Western countries to undermine the nation’s ‘good morals.’

An estimated 140,000 people from Taiwan and across Asia gathered on Saturday, Oct. 27, to take part in the 2018 Taipei LGBT Pride parade. The largest in Asia, this year’s event encouraged Taiwanese participants of voter age to vote in favor of marriage equality in a referendum which will be held concurrently with nationwide municipal elections on Nov. 24.

As always, the tens of thousands of participants joined various routes around Taipei before meeting up on Ketagalan Boulevard in front of the Presidential Office for an evening of concerts. Various foreign diplomatic missions, among them the E.U., U.S., U.K. Australia and Canada, also led delegations during the march, distributing flags and balloons bearing the rainbow colors. 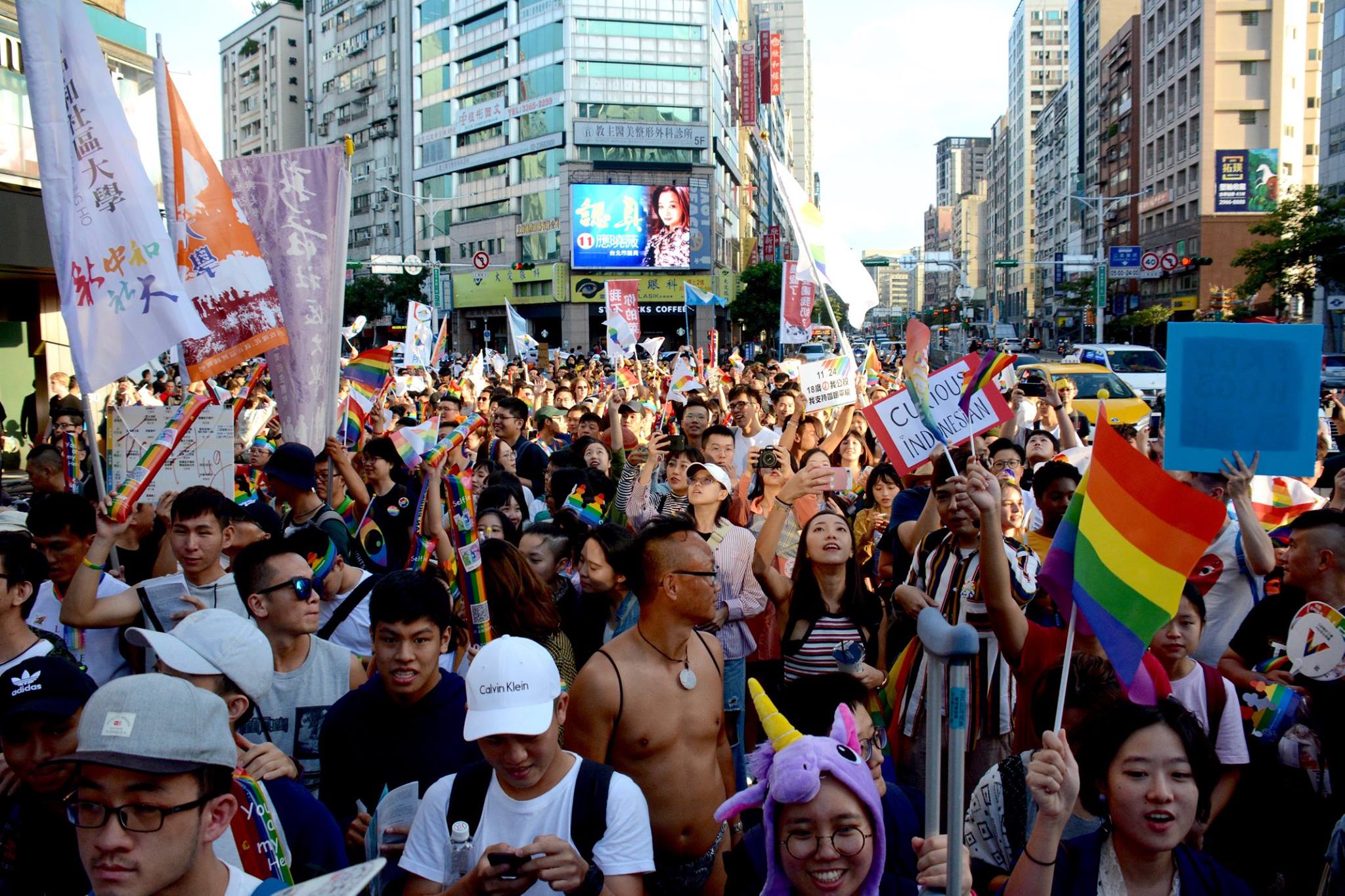 The growing foreign representation at the Pride parade was the target of the Christian-led Happiness of the Next Generation Alliance in a press release on Sunday. In it, the Alliance accused Western of undue influence in Taiwan’s affairs and called on Taiwanese to “resist” foreign attempts to undermine the nation’s “good morals.” (The xenophobic idea that LGBT rights, same-sex marriage and homosexuality itself are Western imports is not a new one. Already in 2013, the same groups were describing those as “foreign” concepts that threatened Taiwan’s traditional values.)

Ironically, the leaders — and followers — of the conservative movement that opposes same-sex marriage in Taiwan do not seem to realize that most, if not all, of the memes they have relied upon in their efforts to block legalization are themselves imports from the West. Or, for that matter, the fact that Evangelical churches in the U.S. (e.g., the International House of Prayer) and ultraconservative organizations like the Witherspoon Institute and the Wagner Institute, have served as training grounds and ideological sources for preachers at religious organizations like the Bread of Life Christian Church in Taiwan, one of the most vitriolic anti-LGBT churches in the country. No mention, either, of the assistance that the anti-LGBT movement in Taiwan has received from groups such as the Massachusetts-based MassResistance or speakers like “children’s rights advocate” Katy Faust. Another irony that seems to be lost on these mesmerized people is the fact that extremist Christian churches, themselves exogenous to Taiwan, have on some occasions turned against indigenous religions, such as Buddhism, complete with “cleansing” rituals and the decapitation of Guanyin statues.

In the same interminable press release, replete with the same old intolerance, threats, platitudes and contemptible lies, the Alliance also warned of the alleged dangers to ordinary citizens (and children, presumably) as night descended following the Pride parade, implying that at nighttime homosexuals, transsexuals, transvestites and other critters would, vampire-like, hunt down hapless victims. Such language, and many variations thereof, has been used time and again by the Alliance; the rhetoric long ago transcended freedom of expression and firmly entered the territory of hate speech against an entire category of people, ascribing to them various crimes, practices and intentions that are downright slanderous. (I am surprised that the LGBT community has not, by now, initiated a class-action lawsuit against the groups and churches that spew out such harmful rhetoric.)

When Taiwanese voters go to the polls on Nov. 24, they should think seriously about the implications of empowering groups that espouse such an anti-progressive ideology.

Earlier in the week, amid efforts to convince the population that homosexuality is not acquired at birth but rather “taught” or “learned” (i.e., nurture rather than nature), one member if the Alliance also opined that strong mothers or female figures were responsible for “turning” young men into homosexuals. We can only conclude that in their worldview, women should be meek, pliable, subservient, at home and in the kitchen — and of course in the bedroom, at hand, as it were, solely for procreation. When Taiwanese voters go to the polls on Nov. 24, they should think seriously about the implications of empowering groups that espouse such an anti-progressive ideology. Precedent elsewhere tells us that they will not stop at marriage equality.

One of the referenda initiated by the Alliance — not without controversy, given the mounting evidence that a number of the signatures were collected via illicit means — seeks to prevent the civil code from being amended to recognize same-sex marriages. In a landmark ruling in May last year, the Council of Grand Justices stated that it was unconstitutional to define marriage to one between a man and a woman, and gave the government two years to implement appropriate legislation. Undaunted, the Alliance is seeking to overthrow that ruling through a plebiscite, and instead wants separate legislation for unions between individuals of the same sex, which LGBT groups (correctly) argue would be discriminatory.

The Alliance has also initiated another referendum thats seeks to ban the topic of homosexuality from school curricula.

Below are some pictures taken during the 2018 LGBT Pride Parade in Taipei (all photos by J. Michael Cole). 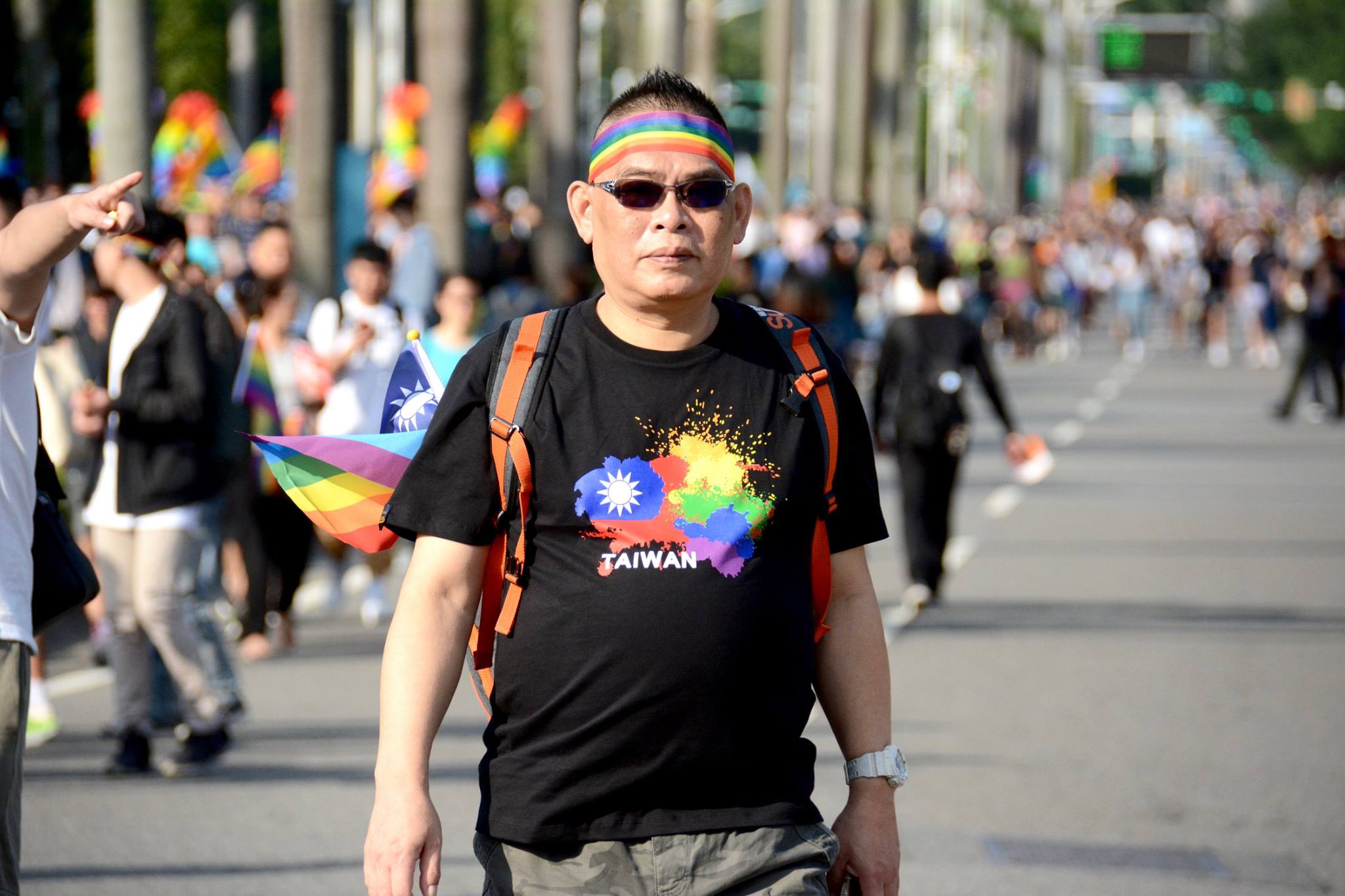 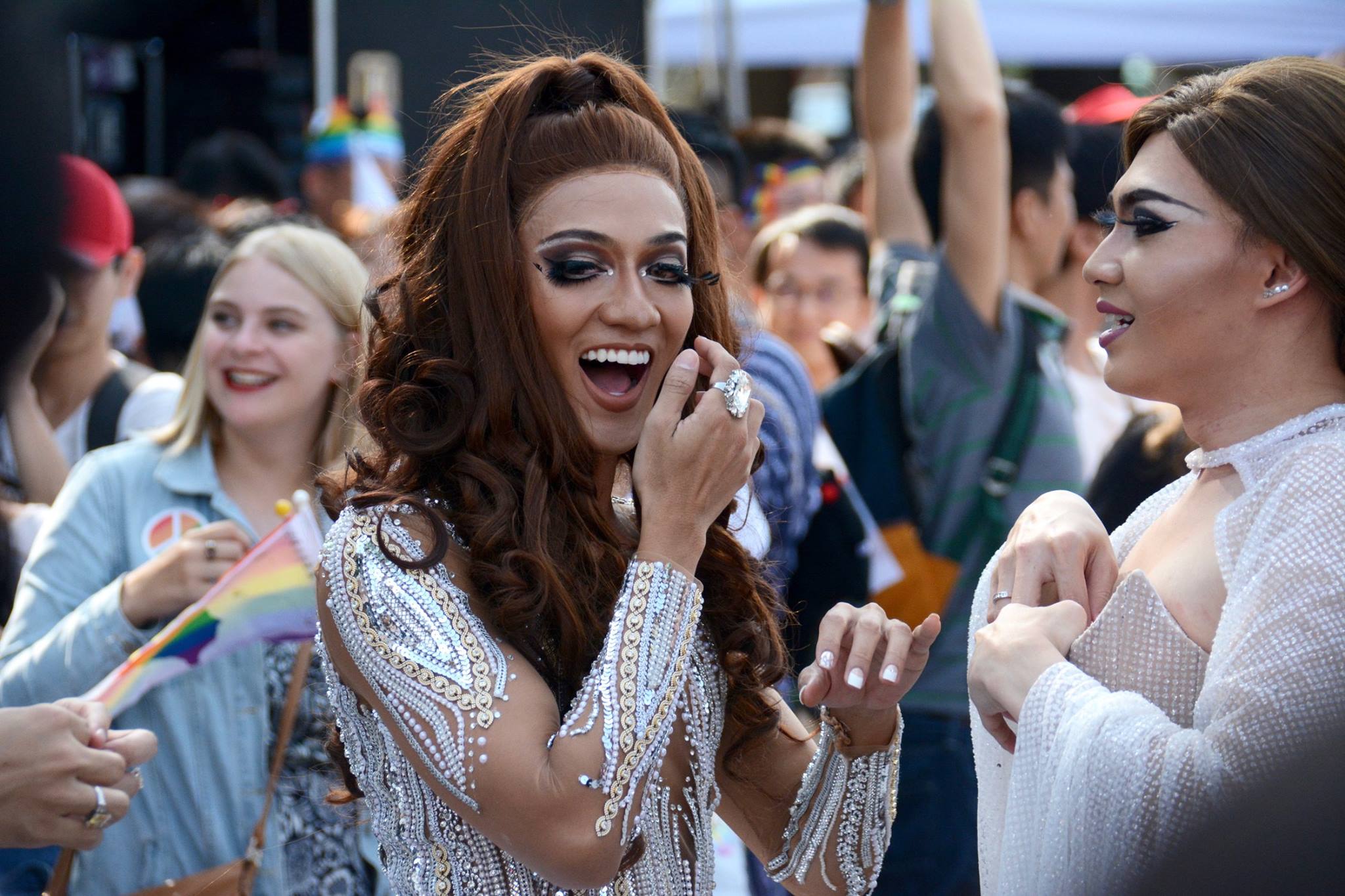 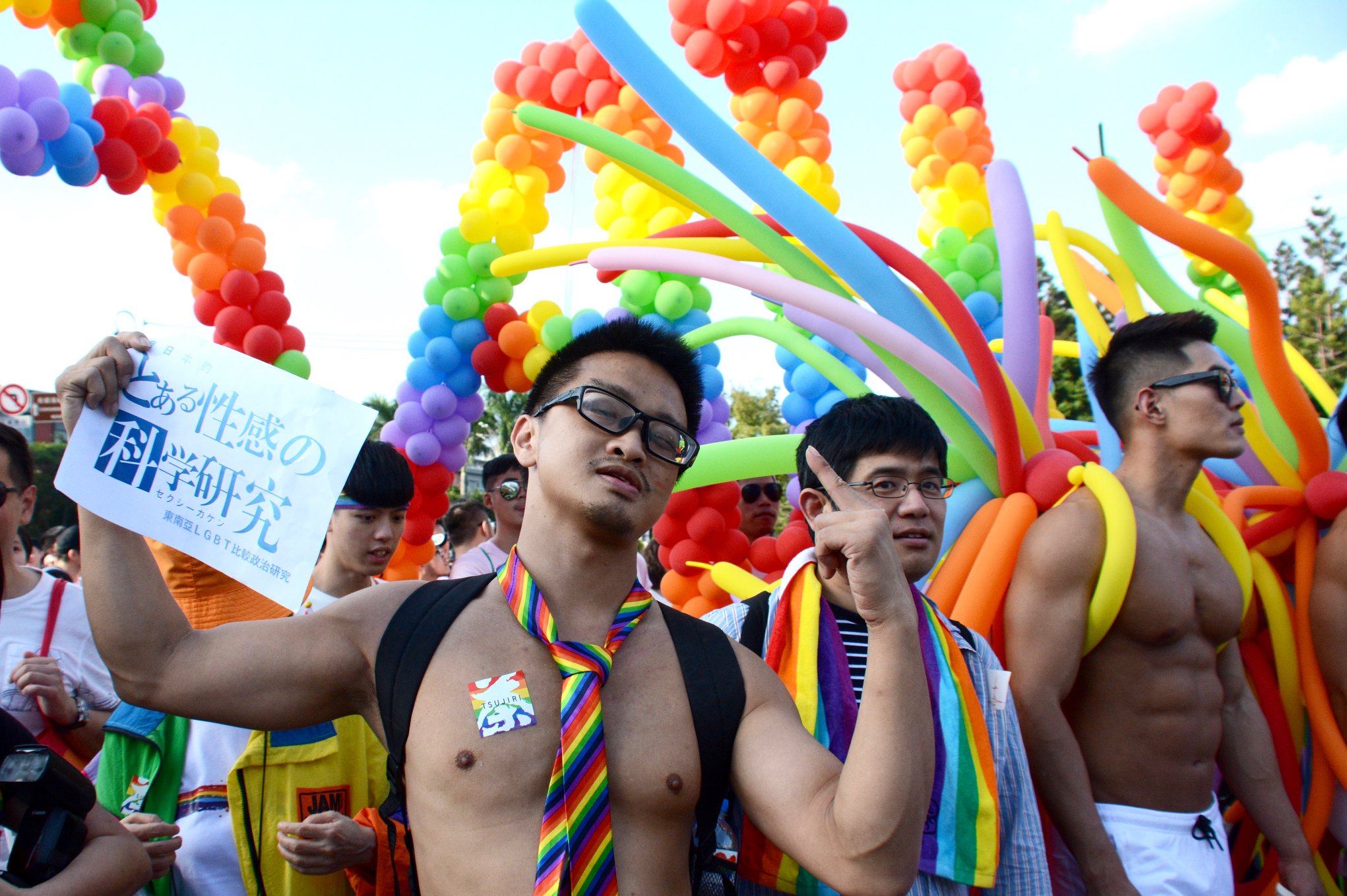 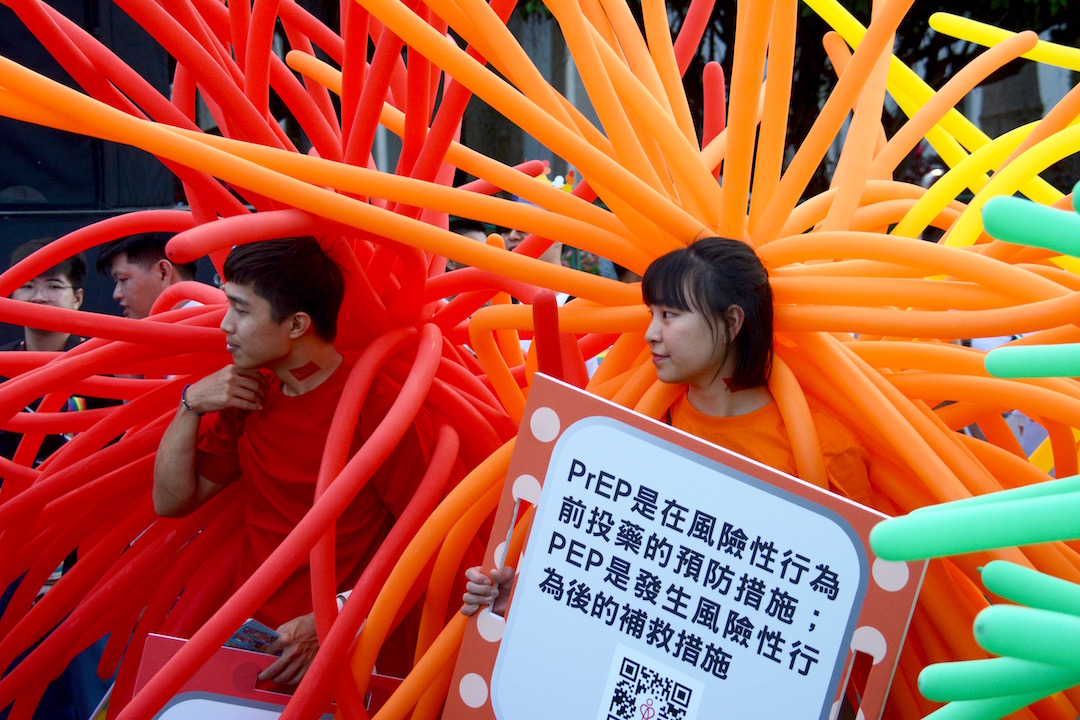 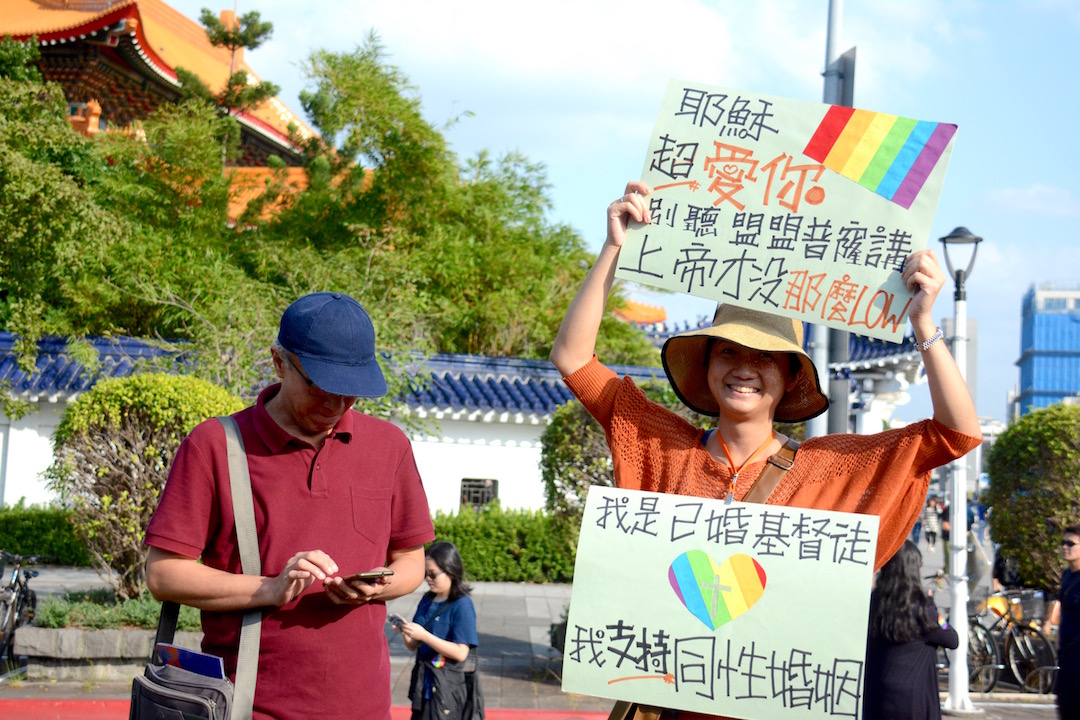 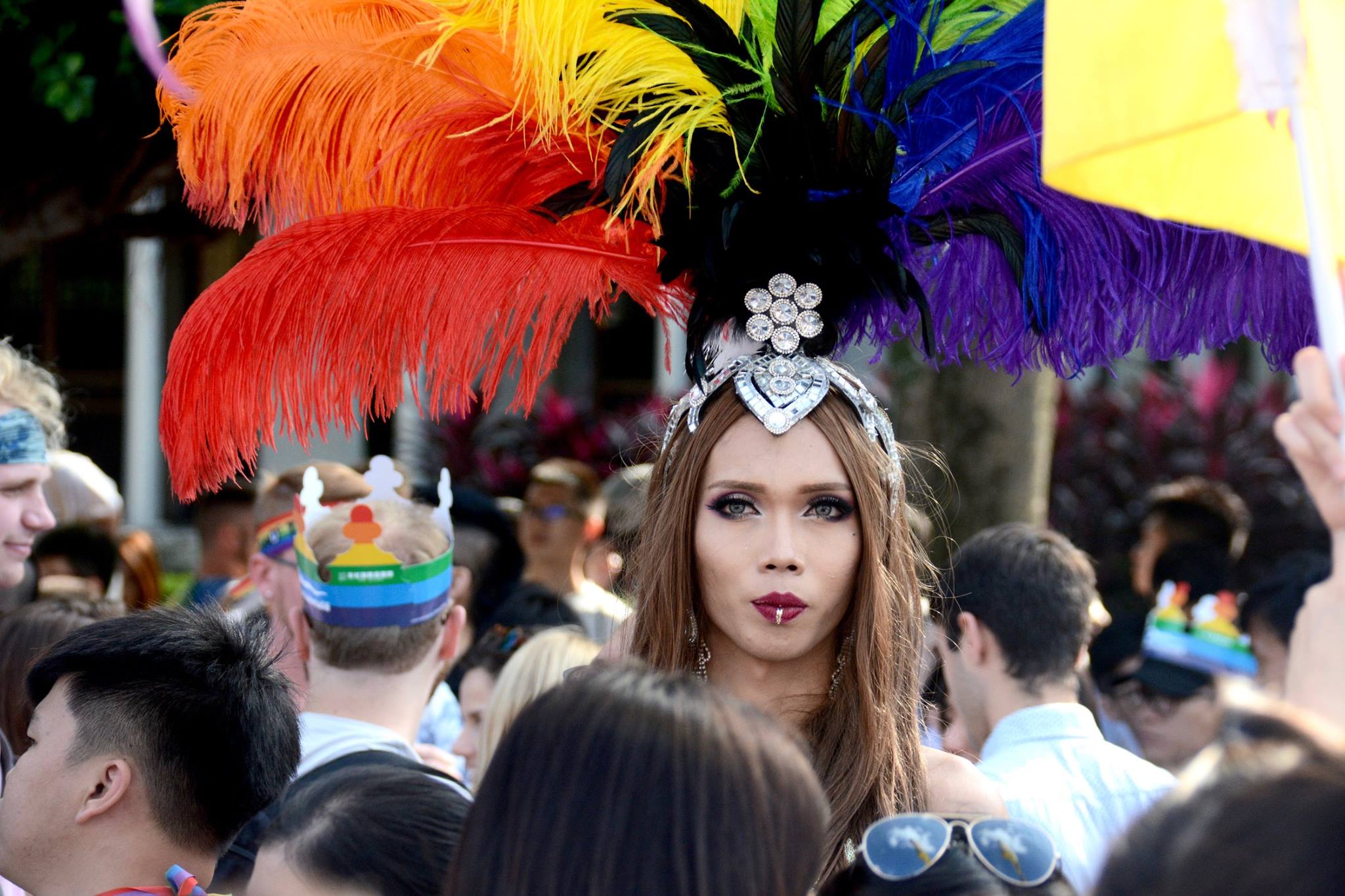 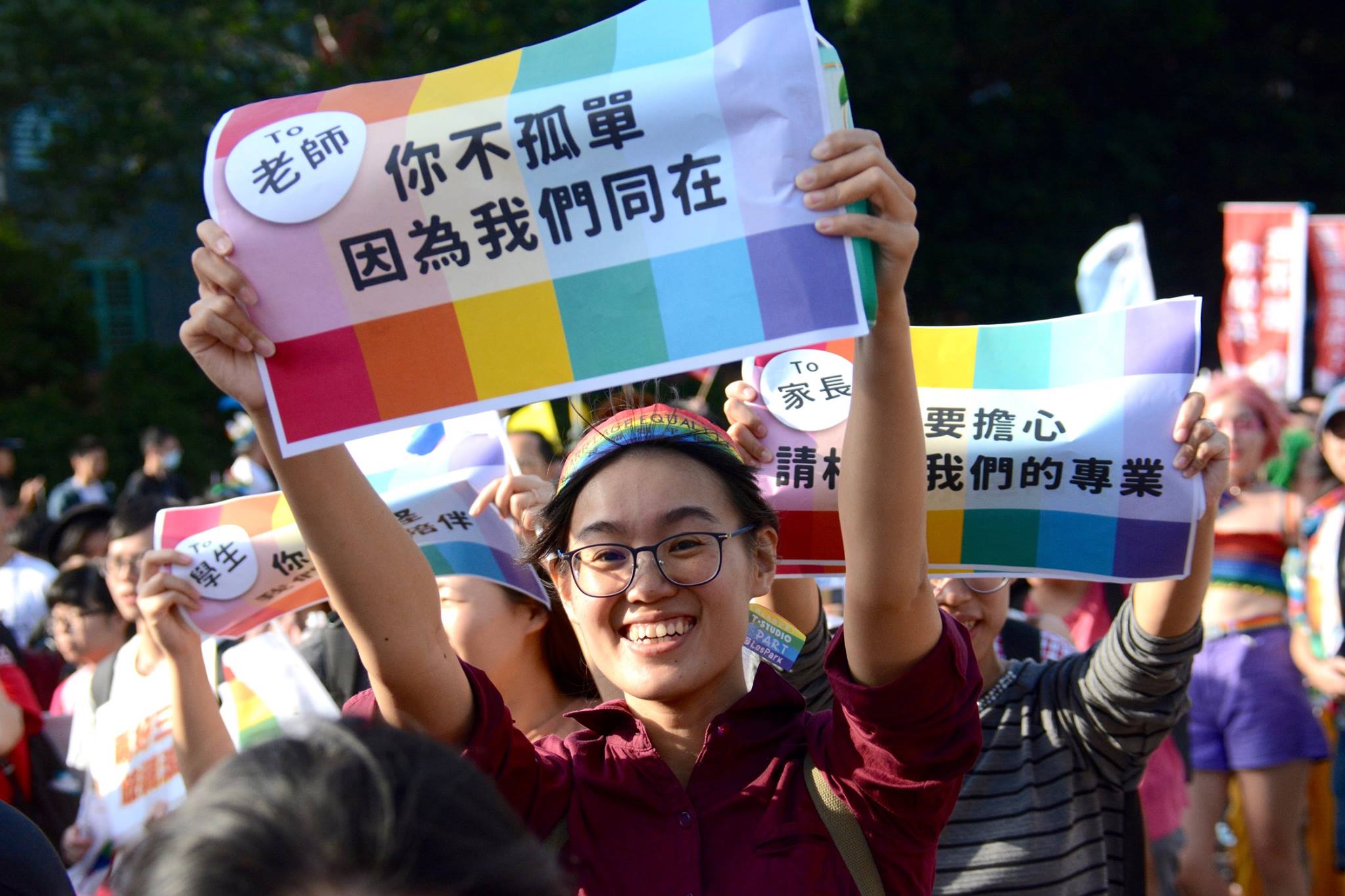 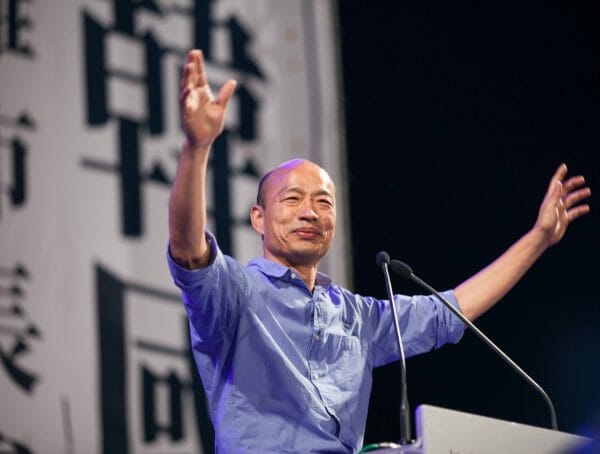 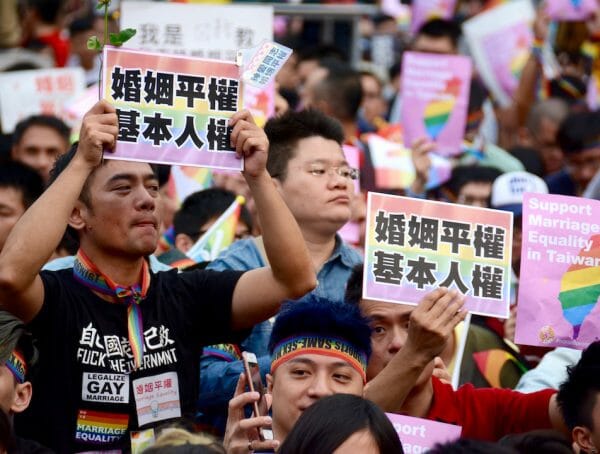 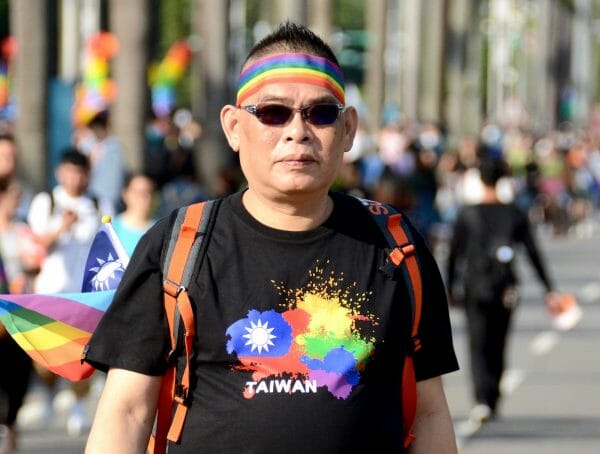