A rumor claiming that Taiwanese can no longer use their passport to board international flights and that the E.U. had revised its visa-free entry policy for Taiwanese nationals has forced the Taiwanese government to respond. Expect more such incidents as China ramps up its disinformation campaign.

Taiwan’s Ministry of Foreign Affairs (MOFA) yesterday was forced to step in and deny an Internet rumor that from July 25 international airlines no longer recognized the Republic of China (Taiwan) passport and that Taiwanese nationals no longer enjoyed visa-free entry into the U.K. and the E.U.

The rumors, which spread on various online platforms including the popular Line application, stemmed from a message alleging that a Taiwanese national had been unable to board an Air Canada flight because the airline no longer recognized the ROC passport “due to pressure from China” and the fact that “Taiwan is not recognized as a country.” Only after presenting his Taiwan ID card was the man allowed to board the plane, the message claimed. “Two people with Taiwanese passports have already been denied boarding, so please remember to bring your [Taiwan] ID card,” it said.

In a press release on Monday, MOFA clarified that the message was disinformation and encouraged people to ignore it. The information provided by the International Civil Aviation Organization (ICAO) to check passenger boarding by national airlines has not changed, and the Taiwanese passport — whose information page contains the national ID details — remains the valid document to do so, it said. It added that Taiwanese nationals continue to enjoy visa-free entry to the U.K. and E.U. A total of 167 countries offer visa-free entry for Taiwanese passport holders.

Also on Monday, the European Economic and Trade Office in Taiwan (EETO) issued a statement reaffirming the E.U.’s visa-free entry policy for Taiwanese nationals. “In light of recent developments, the representative offices of Schengen countries and of the European Union office in Taipei would like to reiterate that Taiwanese passport holders can freely access the Schengen area for short term visits up to 90 days within a period of 180 days. They can do so by using their Taiwanese ordinary passport, as long as the passport contains the identity card number of the holder, has been issued within the past 10 years and is valid for at least 3 months after the intended date of departure from the Schengen area — as has been the case since 2011. No changes are foreseen to this policy.” 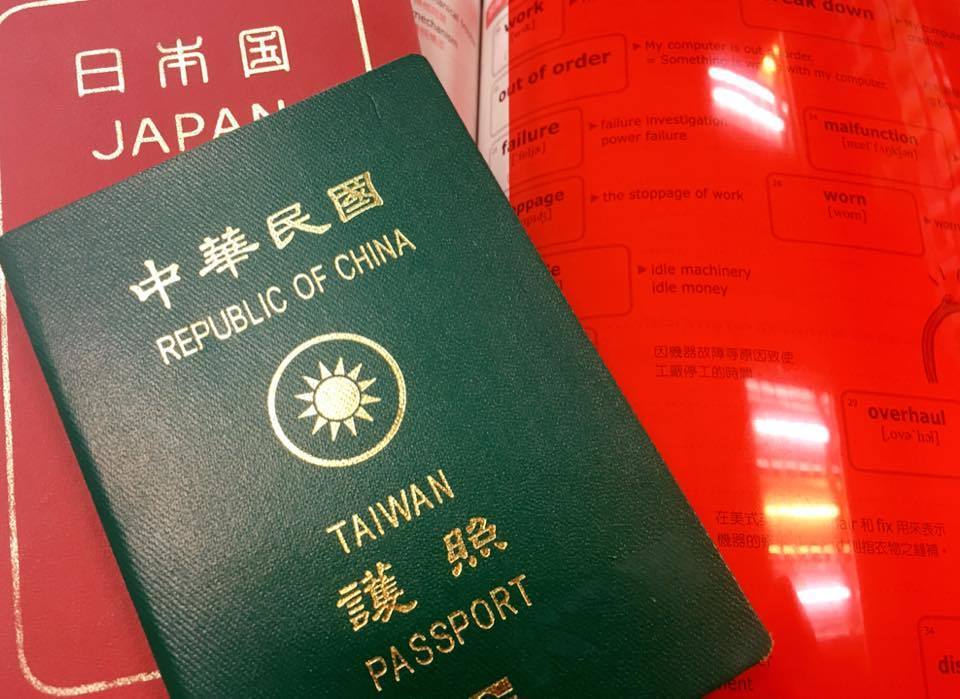 The Republic of China (Taiwan) passport. For IATA and immigration computer systems, the ROC and the PRC are two different entities.

(A side note on the ROC passport: The notion that ground crew are unable to tell the difference between a ROC and People’s Republic of China passport, or that they can be confused by the “China” reference in ROC isn’t entirely convincing: IATA systems clearly differentiate between the two, as do immigration computer systems worldwide. See, for example, this passage on the IATA website: “China (People’s Rep.) travel documents. Care should be taken when reading and interpreting entry requirements for nationals of mainland China (People’s Rep.), as these may differ considerably from the requirements applicable to nationals of China (People’s Rep.) holding Hong Kong (SAR China) travel documents [or] Macao (SAR China) travel documents. Furthermore, these requirements also differ to those required of nationals of Chinese Taipei (Republic of China or Taiwan).)

In a July 2017 article, Taiwan Sentinel identified the Taiwanese (ROC) passport as a potential future target as Beijing escalates its efforts to undermine Taiwan’s sovereignty.

In recent months, several international airlines have given in to pressure from Beijing to remove references suggesting statehood for Taiwan from their web sites and booking apps. In most cases, lack of support and guidance from the home governments appears to have been a factor in the airlines’ decision to bow to China’s demands.

Agents of disinformation have banked on poor fact-checking and corroboration practices in traditional media to “legitimize” and amplify disinformation into the nation’s news bloodstream.

Online disinformation (also known as “computational propaganda” and under the misnomer “fake news”) has also become a fact of life for the Taiwanese in recent years, with “content farms” and other entities, many of them with links to China, exploiting the Internet and smart phones to spread various rumors. Among those that have relied on disinformation are the anti-LGBT movement, opponents of pension reform and groups opposed to stricter environmental regulations for the burning of incense and joss paper at Buddhist temples.

Agents of disinformation have also banked on poor fact-checking and corroboration practices in traditional media to “legitimize” and amplify disinformation into the nation’s news bloodstream. Some pro-Beijing media have also served as “repeater stations” to ensure the spread of disinformation. Besides causing confusion and a loss of faith in the reliability of any information, such practices have sapped government resources by forcing it to respond to all rumors and address disinformation campaigns. A handful of organizations are now looking into the means by which computational propaganda can be identified, traced back to its source, and countered.

The spread and impact of disinformation is also facilitated by the passive way in which we now access news, a phenomenon that has been exacerbated by the emergence of Facebook, Twitter, Line and other social media, and of course smartphones. In the past, users were proactive in seeking news, in that they made a conscious decision to access certain (and trusted) news sites to get their news, either by logging in to a site or purchasing a newspaper or magazine. Today, news — and what passes off as news — comes to us. We are bombarded with it, and computer algorithms “decide” what we see and what we don’t. This passive engagement not only allows the information we access to be filtered by external agency, it can also be exploited by propagandists and malicious groups to saturate our environment with disinformation to confuse us or lead us in the wrong direction on important issues. Returning to a more proactive and selective relationship with the news we consume would be a good first step in addressing the growing problem of disinformation.

The origin of the disinformation regarding the Taiwan passport has yet to be ascertained.